Since 2020 PennyLane has been integrated with Amazon Braket, the quantum computing service at AWS, to enable hybrid quantum algorithms to be run on high-performance simulators and quantum processing units through a range of devices. By installing the Pennylane-Braket plugin, all Braket devices can be accessed directly in PennyLane. The plugin comes pre-installed with Braket notebook instances and you can check out the installation guide for more information.

Braket now supports the computation of gradients using the adjoint differentiation method, which offers runtime speedups for various quantum machine learning and optimization workloads. In this blog post we’re going to show how you can apply the expressiveness of PennyLane together with a powerful Braket backend to solve a quantum chemistry problem using adjoint gradients. In particular, we’re going to use Braket’s on-demand state vector simulator SV1, which can simulate circuits of up to 34 qubits. To learn more about it, take a look at the SV1 section of the Amazon Braket Developer Guide.

Computing the ground state using a classical computer can quickly become intractable if we consider the full Hamiltonian — usually one has to make some kind of approximation because of the exponential scaling of interactions in the system. Using the variational quantum eigensolver (VQE) algorithm on a quantum computer with sufficiently many fault-tolerant qubits would offer a way around this problem. While such quantum computers are still in development, we can model their operation using a classical simulator on small problems, to understand how VQE could perform once fault-tolerant quantum computers become available.

In order to find the ground state of a molecule, we construct a circuit that represents an approximation of the ground state as an initial guess. A common choice is the Hartree–Fock (HF) state, constructed from single- or multi-electron excitations. Each excitation is parametrized, and by iteratively optimizing the parameter values, we can build a circuit that evolves the initial guess towards the true ground state. We do this by computing the gradient of a cost function, in this case the expectation value of the molecule’s Hamiltonian. Excitations may involve a single electron, two (a “double” excitation), or even more. Including higher-order excitations increases the accuracy of the algorithm, but the total number of n-electron excitations increases dramatically with n. For example, the number of double excitations scales with the fourth power of the number of electrons, resulting in many hundreds of excitations even for a modest (10–12) number of electrons.

At first, it would seem that this represents a daunting problem: the number of parameters to optimize grows so quickly that the optimization would simply be too time consuming, even for relatively small molecules. Luckily, it turns out most excitations contribute very little to the final ground state, which allows us to truncate the number of parameters needed in order to still calculate the ground state and its energy to a reasonable accuracy.

If we can figure out which excitations can be discarded before performing the full optimization, we can dramatically cut down on the time needed to obtain a solution. We don’t a priori know which excitations are or are not important, so we need a way to identify those we can discard.

The ADAPT-VQE algorithm, developed by Grimsley et al., allows us to perform this filtering. The steps needed are:

For this blog, we’ll look at a molecule many of us are familiar with from daily life: carbon dioxide, \(\mathrm{CO_2}\). \(\mathrm{CO_2}\) has 22 electrons in total. For the simulation, we can pick a subset of these as “active” electrons — those that are excitable. In reality many of the electrons are not excitable, or are very rarely excited, and one does not need to consider all electrons as active to obtain accurate results. Here, we’ll set the number of active electrons to 10 and construct the Hamiltonian, the initial HF state, and the excitations in a few lines of code, using PennyLane’s qchem module:

Running with the adjoint method on Amazon Braket’s SV1:

Note: To use Braket SV1, you must first create an account on AWS and also follow the setup instructions for accessing Braket from Python.

Using PennyLane with Amazon Braket, we can take advantage of the adjoint differentiation method when running on the on-demand state vector simulator SV1 in shots=0 mode. To tell SV1 to use the adjoint method, simply set diff_method=’device’ in your PennyLane qnode:

We are able to set up a large VQE simulation on a molecule and run it with a few library calls, and we’re also able to complete the entire workflow in 27 minutes by using SV1.

Comparing the adjoint method with parameter-shift

We can also easily run the parameter-shift method on SV1 thanks to PennyLane. Let’s compare how long it takes to compute a gradient for 100 parameters, keeping in mind that the adjoint method should only need “1+1” circuit executions and the parameter shift should need 200. SV1 supports task batching, which allows tasks to run concurrently on the on-demand simulator. This can lower the wallclock time for your workflow to complete. We’ll run the gradient computation using the adjoint method, parallelized parameter-shift, and serial parameter-shift and compare:

Now we can compare the wallclock time to run the gradient computation with each method:

We should also confirm that the partial derivatives are identical, as should be the case when running in the shots=0 mode:

Note: Running the contents of this blog may result in simulation fees charged to your AWS account. The AWS Free Tier gives you one free hour of simulation time per month — for more information, visit the Braket pricing page. Researchers at accredited institutions can apply for credits to support experiments on Amazon Braket through the AWS Cloud Credits for Research program.

The adjoint method runs up to 1000 times faster than parameter-shift, even when the latter is accelerated with batching.

In sum, using the adjoint differentiation method on SV1 can deliver a strong performance improvement for your quantum workflow, accelerating your exploration and development. And using PennyLane, you can set up a complex problem in a few lines of code. This workflow is examined in more detail in this Amazon Braket Example notebook.

Where to go from here

We were able to set up a quantum chemistry problem with many parametrized gates and 18 qubits needed to simulate the system. We filtered out most of the excitations that contribute little to the final answer and were able to save time by focusing the optimization only on those excitations which contribute most to the final result. This allowed us to reach a larger problem size — more electrons and qubits — than we would have been able to otherwise. We encourage you to try out the ADAPT-VQE method and adjoint differentiation with other molecules, for example \(\mathrm{C_2O_2}\), \(\mathrm{NH_3}\), or \(\mathrm{N_2H_4}\). SV1 supports up to 34 qubits, so simulating even those with more electrons than \(\mathrm{CO_2}\) may be possible. You can find the appropriate xyz structure files on PubChem. Since the first introduction of ADAPT-VQE, researchers in quantum chemistry have continued to develop algorithms appropriate for near term quantum devices, one example of which is TETRIS-ADAPT-VQE. Researchers are also investigating different initial guesses that can accelerate the solution process, many of which are described in this overview of the state of VQE. We encourage you to also try out various algorithms and initial ansatze — if the whole ansatz is not already implemented, it can often be easily constructed using the extensive catalog of primitives and templates available in PennyLane. 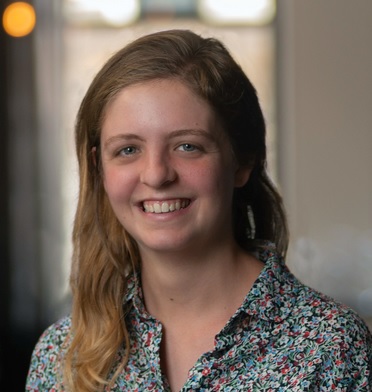 Katharine Hyatt is scientist on the Amazon Braket team. Previously, she worked at the Center for Computational Quantum Physics at the Flatiron Institute, a division of the Simons Foundation. Past research focused on developing new numerical methods to understand 2D correlated electronic systems, and finding interesting applications in condensed matter physics for these methods, tensor networks, exact diagonalization, and quantum Monte Carlo. She previously studied at the University of California, Santa Barbara, where she received her PhD in physics, and at the University of Waterloo, from which she holds an Honours BSc in Mathematical Physics. She also moonlights as a sometime Julia language and package developer. 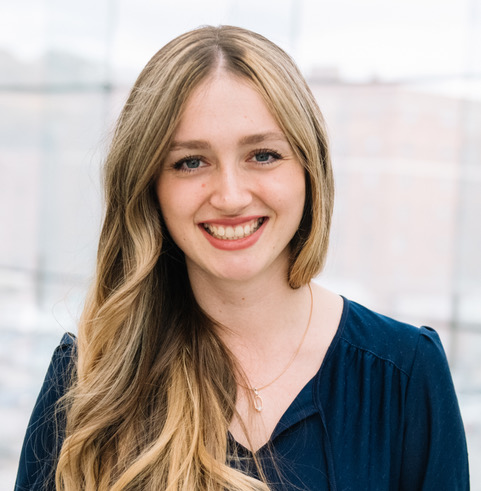 Daniela Becker is a Senior Product Manager at Amazon Braket, a service designed to accelerate scientific research and software development for quantum computing. She is excited about helping customers leverage AWS to explore and experiment with quantum hardware. Prior to AWS, Daniela worked in the security & privacy space as a Research Scientist. She received her PhD in Computer Science from the Hamburg University of Technology (Germany) and her MBA from Carnegie Mellon University (USA).